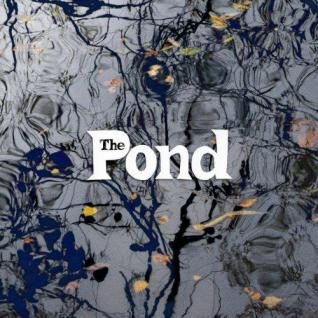 Kathryn Williams is best known for carefully crafted song writing and a clear, beautiful singing voice. Although floating around the edges of the folk scene, she is really more of a descendant of Joni Mitchell. She is no political songwriter though, and her style kills with a smile, a soft edge marking out her best work and placing her a cut above a long list of others with a voice and a guitar but no distinguishing marks. Her sound is close to that of the late lamented Kirstie MacColl, so it makes perfect sense that she has released an album with Neil MacColl, Kirstie’s brother.

Despite a Mercury Prize nomination in 2005 Williams operates just below the radar of the wider public, a state of affairs that seems suited to her low-key musical style. It also gives her freedom to make the music she chooses, which has always involved both solo work and collaborations. The Pond is an album and band, although something of a long distance one, involving experience session players Simon Edwards and Ginny Clee in North London, Williams in Newcastle, and an internet connection in between.

Remixed by Portishead’s Adrian Utley, the album is an intriguing proposition. The Pond described as “a democratic mud-pit”, which sounds like a much messier version of the usual sand-pit, full of protean creation and lurching, shapeless forms. Despite some unexpected rap, it’s really not like that. This is a very polished record, buffed to a sheen in a way that is very reminiscent of the 1990s. It’s also a supremely low tempo record, with an icy chill-out vibe that suggests someone’s found their Herbaliser records. Inevitably, the success of the exercise depends to a great extent on how much you love trip-hop. However, stand-out tracks transcend the horizontal groove, and purvey some welcome menace.

‘Carved’, the opener, has slinky, swampy guitar and the promising first lines “If all I am is blood and bone / where’s the good in us?”  It is definitely about doing wrong and, although it’s never precisely defined, Williams tells us “Morals taste like liquorice / dark and strong and sweet / chewed them up and spat them out / but they’re sticking to my teeth.”  This is a close cousin to PJ Harvey’s ‘Down By the River’, and it augers well.

In a similar vein, ‘Circle Round A Tree’, despite the press release’s claims that it has a ‘sunny, laid back disposition’ is equally sinister.  The nursery rhyme feel captures the strangeness of folk tunes such as ‘She Moves Through the Fair’, which recount mysterious and alarming events in a way that defies explanation sing cheerfully of things that seems anything but cheerful. The song repeats patterns of love and hate recurring throughout time. The spoken word finale, sounding like a rap delivered by Vashti Bunyan, is more of an acquired taste.

‘The River’ has a manic caper at its heart, the fastest tempo on the record, and a hypnotic tabla beat combined with rumbling guitars that are also very reminiscent of ‘Down By the River’. ‘End of the Pier’ is a damp song too, which combines a sparse beat with a vocal from the ocean depths. The whole song sounds as thought it’s drowning, and lines such as “You know you’re somewhere different / when the water tastes different in your mouth” suggest just that.

‘Pass Us By’ has Adrian Utley’s influence all over it in the best possible way, making Williams’s gorgeous song sound like an offcut from Out of Season, Beth Gibbons and Rustin Man’s autumnal classic.  The simplicity of this track is its strength, giving space for Williams’ melody and Ginny Clee’s harmonies to breathe.

Aspects of The Pond do not work as well, and where tracks veer into dinner party territory they undermine the songwriting edge. ‘The Art of Doing Nothing’ sounds too much like Morcheeba for its own good, which is as much to do with the production which employs a thick layer of ‘Oh oh oh’ backing vocals. The same backing vocals create the same problems on the next track, ‘Memory Let Down’. With the next track, The Pond seem to have entered a mid-album crisis. Bebop’ is a misguided, half-speed partial cover of Gene Vincent’s ‘Be-Bop-A-Lula’. Kirsch, rapping “Pure delight when he be-bops with Lula”, veers far into embarrassing dad territory, and the whole undertaking is a bad idea.  Other songs seem too polite and lacking in energy to be memorable

The Pond is a mixed-up record. While there’s no doubt Kathryn Williams has enormous talent and works with excellent musicians, this album lacks an element of distinctiveness. Too many tracks that sound close to some of the singers she admires, and ultimately originality is in too short a supply. There’s an embarrassment of sharp lyrics on The Pond though, and a highly accomplished sound that gives pleasure. The question of where Kathryn Williams intends to take her talents next hangs in the air.