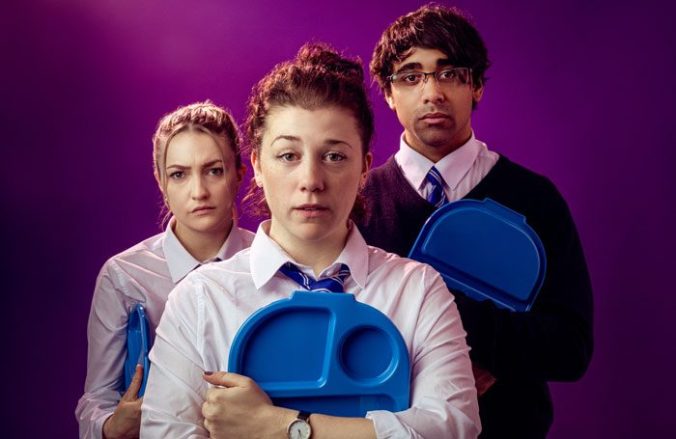 A fierce indictment of cuts and callous indifference, Who Cares? comes straight from the mouths of young carers in Salford. Verbatim specialists LUNG have taken interviews with schoolchildren who have the weight of the world on their shoulders, and turned them into heartbreaking theatre. Three actors play young people who spent years caring for their parents stricken by injury, illness, depression or misfortune – all while trying to keep up with school. An incredibly isolating experience is unpacked in dark detail, as they are ignored and sidelined by adults, bullied by classmates, and then punished for by teachers for being late because they’ve been dealing with a crisis.

LUNG make it clear, through segments where we hear from councillors and social workers, that Government cuts of more than 50% to local authority budgets have left young carers without support, cueing up a disastrous social legacy and failing the youngest and most vulnerable. The show is campaigning – there’s a petition to sign – but it’s also lively, compelling and beautifully performed by its cast of three, who switch between roles with ease to give a voice to those who need it most.