The York Mystery Plays (or York Waggon [sic] Plays) are a series of short medieval dramas re-enacting scenes from the Old and New Testaments. Regularly performed by the city’s guilds during the Middle Ages, they fell out of fashion in the late 16th century and lay dormant for 400 years until a revival for the Festival of Britain in 1951. Even then they didn’t do the plays in their original form, and they have only been performed as they are now from 1998, staged every four years. This year’s cycle explodes onto the streets of York, where it demonstrates exactly why performance has been missed so much since these plays were last staged, and why it matters.

The full York cycle contains 50 plays, of which only around ten are performed each time. The lead role is taken by the guilds, still a presence in York which remains, undoubtedly, the most medieval city in the country. This year, the Guild of Building ‘brought forth’ (as they put it) ‘The Creation to the Fifth Day’, The Gild of Freemen ‘The Fall of Adam and Eve’, The Company of Merchant Taylors ‘The Last Supper’, The Guild of Butchers ‘The Crucifixion of Christ’, The Guild of Media Arts and the Guild of Scriveners ‘The Appearance of Christ to Mary Magdalene in the Garden’ and the Company of Merchant Adventurers ‘The Last Judgement’. The full 2022 cycle was performed for a seated audience in the garden of King’s Manor, next to the art gallery, after working the city street. Guild members process in full regalia accompanied by the wagons on which performance take place. Each is accompanied by a group of musicians, known as ‘waits’, playing medieval instruments in full Tudor costume, who come not just from York, but across the country.

So far, so entertaining – but what makes the York Mysteries special is their complete, inherent inclusiveness. The plays really do belong to the people of York and everyone takes part, just as they do at some other long-standing communal pageants, for example the Lewes Bonfire parade. The Guilds work with multiple York organisations to bring forth the plays. ‘Adam and Eve’ is performed by 14-year olds from Vale of York School. ‘The Crucifixion’ – which features some daredevil physical work as a full-size cross is raised on a wagon using counterweights, with Christ already attached – is performed by members of the Riding Lights Acting Up company, with a range of disabilities. ‘Herod and the Three Kings’, the only play not involving a guild, is performed by the congregation of St. Luke’s Church who have been involved with the Mysteries from the start. The afternoon (the eight plays take four hours to present) is full of moments that show what this means to those involved, from the careful way a cast member cues in the actor playing Christ with a tap on the foot, to the presentation of honorary guild membership to the teacher who has directed the Vale of York production for years – with which she is clearly delighted.

The plays themselves are presented in varying styles, from a pop-up Creation which allows the Guild of Building to show off their cycloramic skills, to a Last Judgement described as “Art Deco meets dieselpunk” which has drumming archangels, Mad Max demons on stilts and musicians playing the last trumpet, which in this case are medieval and five feet long. The plays culminate with a substantial section of the audience being led through the gates of hell in an impromptu role as ‘the damned’. The performers whisper the instruction “kneel to the Lord God, if you can”. It is an intriguing combination of the extreme and the pragmatic.

The sight of a peasant woman sitting under a tree, texting, and an angel melting into the Saturday afternoon shopping crowd underlines the way these plays, full of people speaking medieval English as though it was a normal thing to do, are part of the way things work in York. At the conclusion, thanks were given to the director, Tom Straszewski who was somehow able to corral this impossible combination of ideas and performers into a coherent whole. True to the spirit of the occasion, he refused to emerge from the shadows where he stood watching, but he will have known that there is nothing quite like people coming together to make something unique happen, and then going back to their modern day lives as though nothing had happened. This is the perfect advertisement for theatre: an unpatronising ritual that assumes everyone has the capacity for the extraordinary, and in doing so unleashes it. 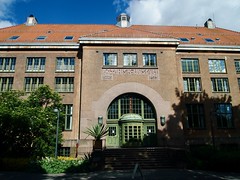 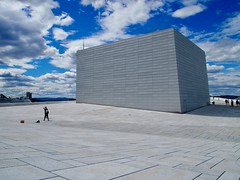 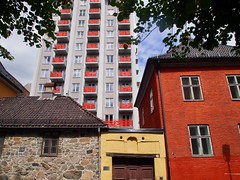 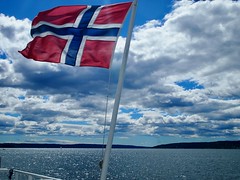 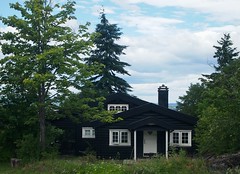